I’m still pondering how to think and talk about all that is going on in the world, and I guess for some people hearing about conflicts and wars and humanitarian crises leads to a desire to stay home where it is safe and comfortable. The world can seem like a scary place. But I truly believe that one of the best ways of us to begin to care about situations and people from other cultures is to get out there – travel, learn, and engage. When we do, we recognise that what unites us as fellow human being is far greater than what divides us, and that each person and each culture is precious and can in some way challenge, inspire and change us.

So … where to for this Monday’s travel post? Well, I’m teaching an introduction to (Koine) Greek class on Monday mornings this term, which I am really enjoying, but rather than just talk about Greek nouns today, I’m thinking how good it would be if I could take my class to Athens for the day and we could soak up not only the language, but some of the history and culture. 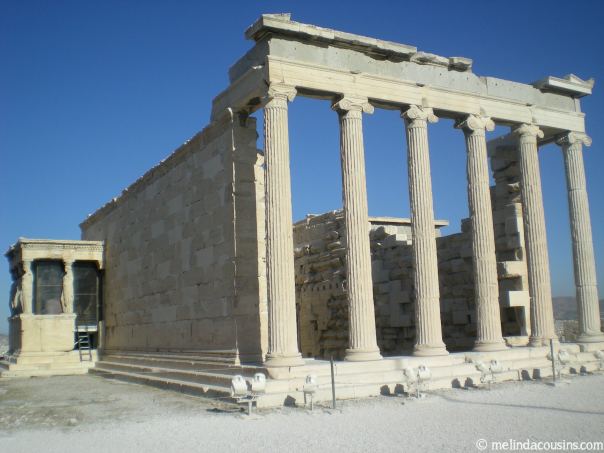 Another reason I’d love to spend the day in Athens is that I have only ever spent one day there. Athens for me was a whirlwind 18 hour layover with my mother, who I had promised in the weeks leading up to our trip would need to “keep up” as I had big plans to see as much as I possibly could in our very limited time there! (The reality of my poor planning leading to our middle of the night arrival meant that our first experience of Athens was trying to sleep on the floor in a corner of the airport chapel … but that’s another story.)

What did I love about Athens?

The combination of a modern, bustling, noisy, (dirty), city and ancient historical ruins. 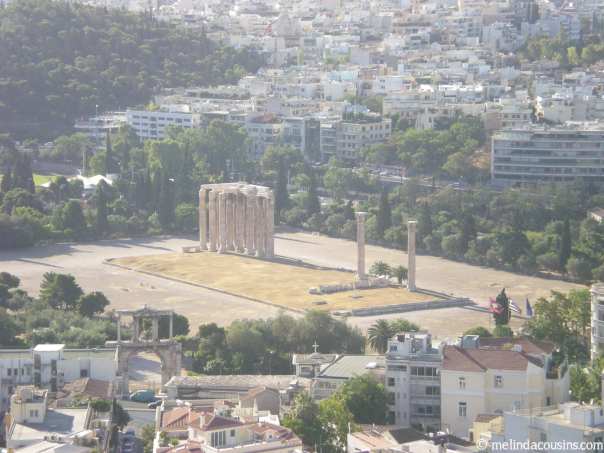 The fact that you are just casually walking down a street that has been there for thousands of years and has been travelled by philosophers and statesmen, slaves and emperors … and of course tourists.

Eating lunch overlooking the scattered ruins of the ancient Agora.

Watching the ordinary, every day business of life happening in a place with such influential history.

The haunting beauty of the abandoned Olympic stadia, both ancient and modern.

The spectacular beauty of the city stretching out from the ruins to the coast.

What did I learn from Athens?

It is good to appreciate how much we stand on the shoulders of those who have come before us. For example, while some of my American friends may occasionally talk as though they invented democracy :), that is just one of the many ideas and practices we have to thank the ancient Greeks, amongst others, for.

The Parthenon, one of the world’s most famous buildings, represents the contributions to our understandings of and appreciation for architecture.

Many great thinkers of their day shared their ideas in the market places and forums of this city. 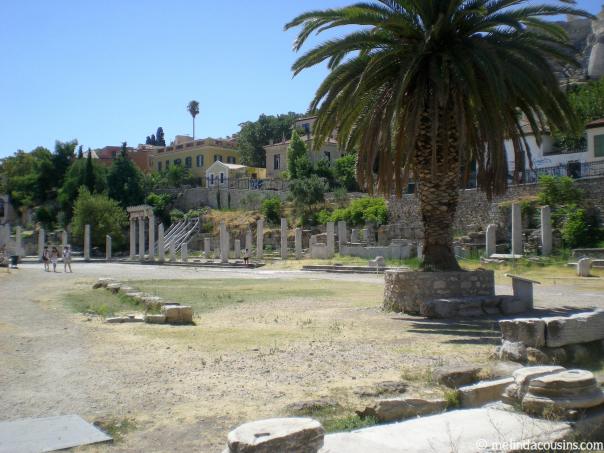 One of the highlights for me was standing where the Apostle Paul stood to share with some Athenians the good news about Jesus for the first time.

As I slowly read the words of his sermon recorded on this plaque, I was challenged anew by his example in sharing his faith both passionately and respectfully.

And as we entered the small and ancient Church of the Holy Apostles in the Agora, I was reminded of the way faith in Jesus has brought hope, purpose and passion to the lives of so many over so long. As a Christian, I am part of a family that is not only global, but transcends time. It humbles me to recognise that I am just one among so many, and yet I’m also proud to be part of something so historically transformative.

That was a lesson that had already been brought home to me back in that airport chapel I mentioned earlier. In the wee hours of the morning, a lady came in looking for someone to pray for her. We hardly had any language in common, and yet for a few minutes that morning I was able to be for her what so many others have in different times and places been for me – a sister in faith, sharing her burden just for a moment.