This is a book review I recently posted on Tabor MTC’s blog Manna.
I love Brueggemann’s writing, and this is one of his most accessible books for new readers. I find his perspective on biblical interpretation really inspiring – that it is not merely reading a book, but rather redefining how we understand everything!

Summary:  In this book, leading Old Testament scholar and theologian Walter Brueggemann describes the methodological approach he uses for interpreting Scripture and provides a number of extended examples from the Old Testament. He argues that the biblical text creates a world where YHWH is the key character, a world that is not as others say it to be, and that reframes all our understandings in its light. Interpreting the text therefore involves the imagination, as we seek to bring this text into contact with the world as we have previously accepted it. He deals with some of the dangers inherent in biblical interpretation including the temptations to reduce the text to a “closed package of settled truth,” or to privatise it as a resource for personal life and overlook its communal dimensions.

I have a just a few (thousand!) digital photos from my travels 🙂 But the one above is what I have as a background on my iPad. I love the photo itself, but I also love what it reminds me of. The day that I had the privilege of hot-air ballooning across the surreal landscape of Cappadocia.

This remote part of Turkey has a fascinating, alien-like landscape that is an amazing sight to behold in and of itself. What made it even more intriguing was seeing it from a new perspective as we floated above (and even between) it.

In some ways it is nothing out of the ordinary, just rocks and sky, dirt and trees. But we spent a tranquil couple of hours in the air, just wondering and marveling at the earth below us.

Watching the sunrise and the shadows play. Listening to the stillness and contemplating the world in all its varied splendour.

It was a beautiful exercise in seeing things from a different perspective and these photos remind me that that is not a bad metaphor to take into other areas of life.

With photography, some of the most beautiful and memorable images from around the world have happened when someone took their camera and looked at things from a slightly different angle, gaining a new perspective on what is seen. 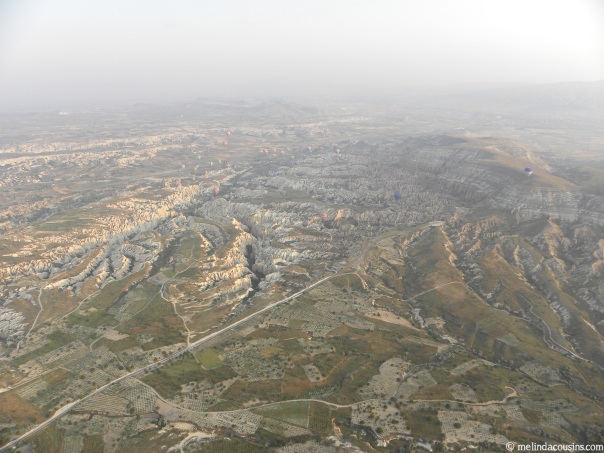 Some of the best inventions and innovations in the world have come about when someone dared to look at an age-old problem from a new perspective. 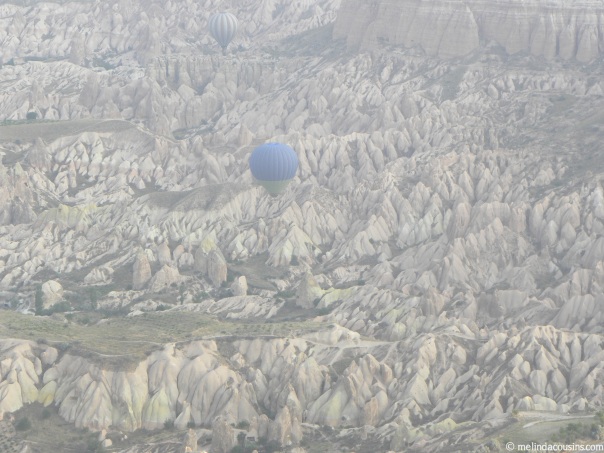 I think seeing with a different perspective is a helpful picture of what study is all about. I love the insights I gain when I take something I know a little about, and ask new questions, or bring new perspectives to bear on it, and suddenly more that was previously unknown is revealed. 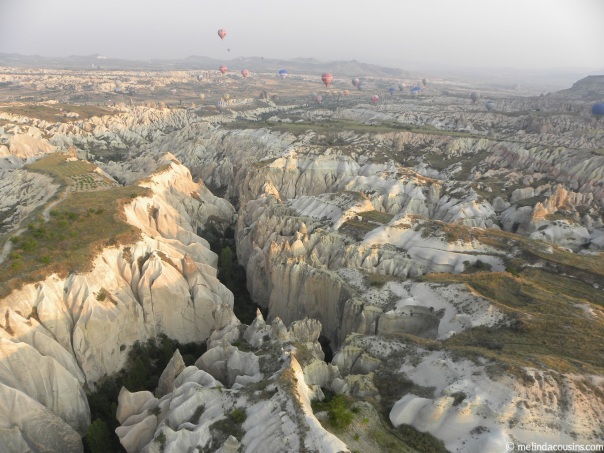 I hope that in my vocation, as I teach and preach, that I am able to help others look at things with a new perspective. I teach the Bible, which doesn’t change. But we can always look at it and listen to it in new ways, and God speaks amazing truth when we have our perspective shifted, even if only ever so slightly.

And in the end, I think is a pretty good picture for what my faith in Jesus means to me. I spoke at a youth group Q and A night on Friday, and one of the questions was “What difference does being a Christian make to your every day life?” My answer was that it completely changes not only the way I see the world, but the very way that I understand what it is to be in the world, and therefore the way that I am in the world. 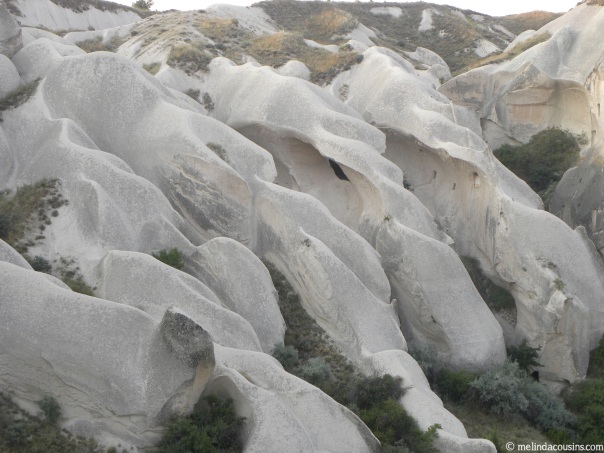 I have a new perspective on who I am, and how valuable people are, and what the purpose of life is, and what the goal of history is, and how I want to live all of that out. I have been transformed and I want to be a part of seeing the world transformed.

Today, like every day, is a good day to stop and look at the world around from a new perspective.

I haven’t blogged for a couple of weeks for a number of reasons, one of which is that there seems to be so much going on in the world that it is hard to find the right words to talk about. But I want to keep doing my Monday travel posts, also for a number of reasons. Obviously one reason is that I enjoy reflecting on my travels. But another important one is that I am more and more convinced that thinking about situations and places in the world in light of actual connections with people in them is the best way to respond to them. I believe sometimes we need to stop viewing things as “political” situations and start re-framing them as “people” situations.

So I have chosen quite deliberately this week to reflect on some amazing experiences of hospitality and history I had in a predominately Muslim country. In light of some of the challenges we face in how we talk about and respond to people of Islamic faith, I think revisiting my time amongst the people of Alexandria for a day could only be a good thing for me, and I only wish others could experience what I did there too.

What did I love about Alexandria?

Alexandria was one of my favourite places in Egypt. The country’s second largest city, with a population roughly the same as that of Melbourne, Alexandria is a little off the standard Nile-pyramids tourist track. Many of the city’s buildings line the shore of the Mediterranean Sea. 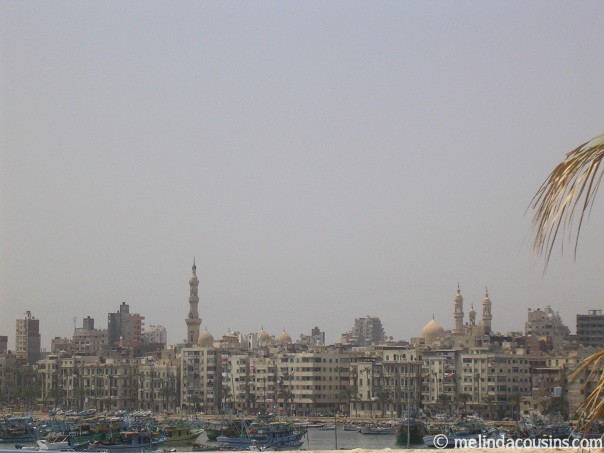 The white buildings against the azure blue of the Mediterranean Sea make for beautiful views.

It was wonderfully relaxing just to stroll along the boulevard listening to the waves and watching the sunset. 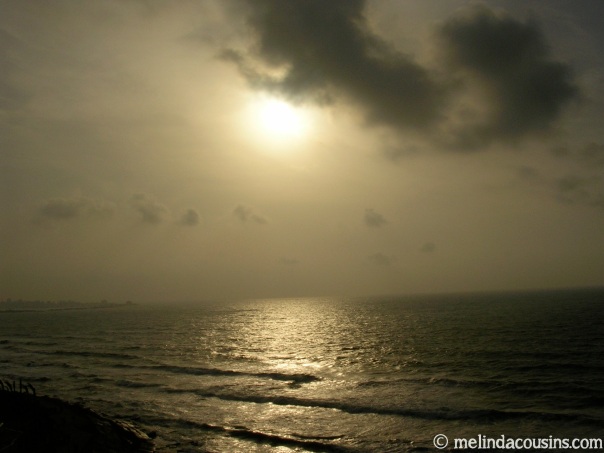 I was delighted by the friendliness of the people, most of whom were keen to say hello and welcome the foreigner.

Then it was fascinating to watch the city light up and come alive at night with vibrant cafes, shwarma shops, sheesha and karaoke bars. Personally, I appreciated and enjoyed the atmosphere of being in a country (unlike my own) where alcohol is not seen as the only way to enjoy a night out. (And Alexandria remains the only place in the world where I have participated in karaoke!)

As someone who loves both reading and history, visiting the Library of Alexandria was a real treat. The ancient library here was for nearly 300 years the most significant in the world.

The modern Bibliotheca Alexandria stands nearby the ancient site as both a tribute to bibliophiles of all time and a functional library with a fascinating collection. 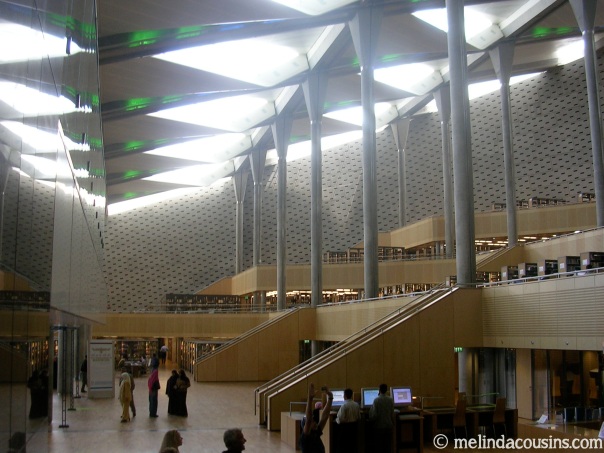 The 15th century Qaitbey Citadel stands on the site of one of the seven ancient Wonders of the World, the Lighthouse of Alexandria. It is a beautiful medieval fortress with an unrivalled coastal view.

What did I learn from Alexandria?

From the museums and historical sites I learned more about Alexander the Great, who founded the city, as well as just some of this city’s significant residents throughout the years. With names like Julius Caesar, Hadrian, Euclid, Philo, Origen and Athanasius … the influence of great leaders and thinkers looms large here. 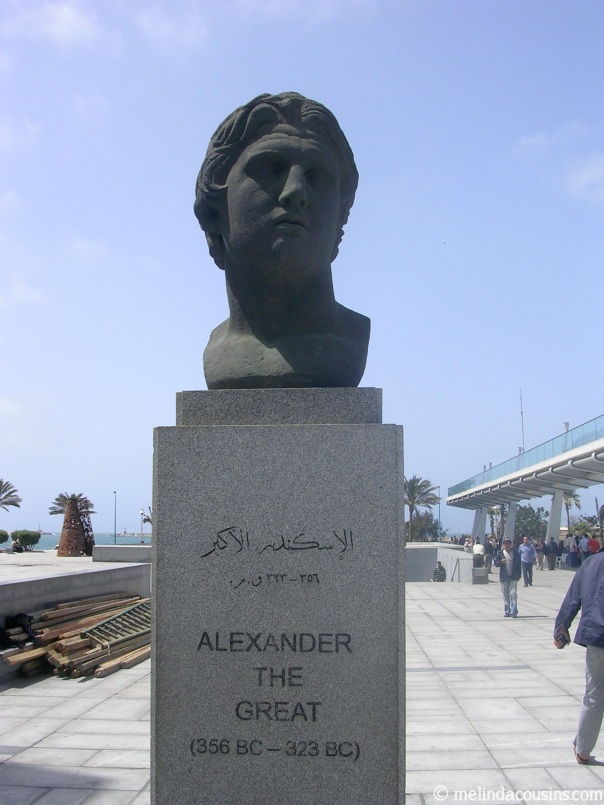 But it was from people living in Alexandria today that I learned the most. The man in the juice bar next door to where we were staying, who wanted to get our opinion of his new flavours and ended up sharing his story of opening his own place in a way that would resonate with anyone who has ever taken a risk to follow their passion. The young couple walking along the shore who wanted a photo taken with me and to hear why I had chosen to visit their country, whose tentative glances and stilted conversation so poignantly expressed the early stages of a budding relationship familiar to us all. 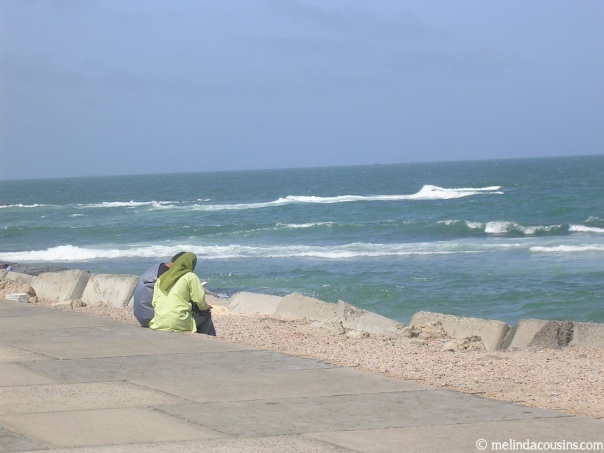 And the family of my friend who invited a group of eight rowdy Aussies into their tiny apartment for lunch, sharing their home, their food and their stories. The family dynamics were so familiar to many of us – the older uncle who told hilarious and slightly inappropriate jokes that had even those of us who didn’t understand the language in tears of laughter; the earnest young girl who was torn between wanting to finish her homework and wanting to be part of what the grown ups were talking about; the mother who keep bringing out more and more food and sent us away with baskets of fresh fruit to make sure we were keeping healthy as we travelled. 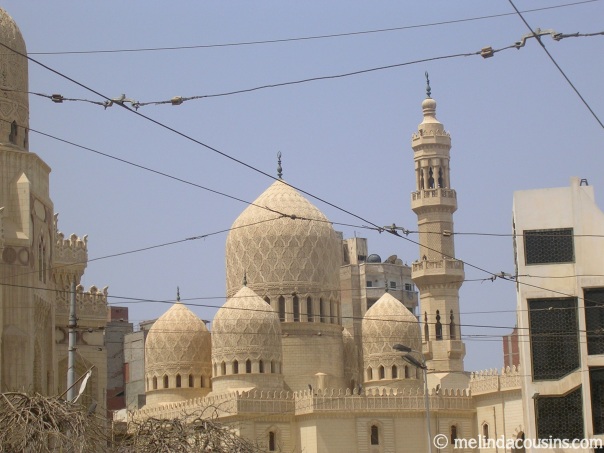 They could have been my family or yours. They embraced us as if we were their own. It was the welcome they gave us, no questions asked, that stays with me. And it is experiences like that lunch that compel me to challenge the unwelcoming and unhelpful rhetoric I hear too often in my own country today about people just like them. There are many terrible things going in the world at the moment. But Jesus calls me to love my neighbours and my enemies, those near and far, and it is that embrace which I believe can be the start of true transformation.