I’ve realised that in my Monday travel reflections, I have actually been avoiding writing about some of my very favourite places to visit, because it is so hard to capture in a few words and images why I love them so much. One such place is Jerusalem. Definitely one of my favourite places in the world, I’ve been there on four different trips and I certainly plan to go back again in the future. In particular, today I’m thinking how lovely it would be to walk through the stone streets of the Old City. I won’t be able to capture all I love about it, but I’d like to at least make a start!

What do I love about the Old City streets?

I love the beautiful Jerusalem sandstones themselves. If stones could talk … what tales they could tell! And yet, silent as they are, they testify to the creativity and ingenuity of those who have come before, and to the inevitable passage of time. 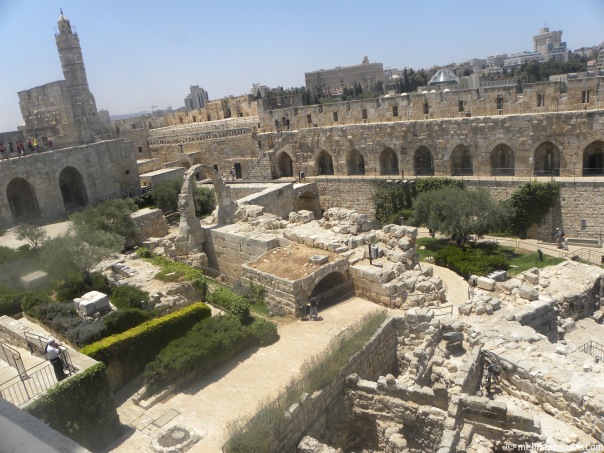 I love the history. Imagining all those who have walked these streets before me. Allowing stories from ancient and more modern times come to life in the place where they actually happened. 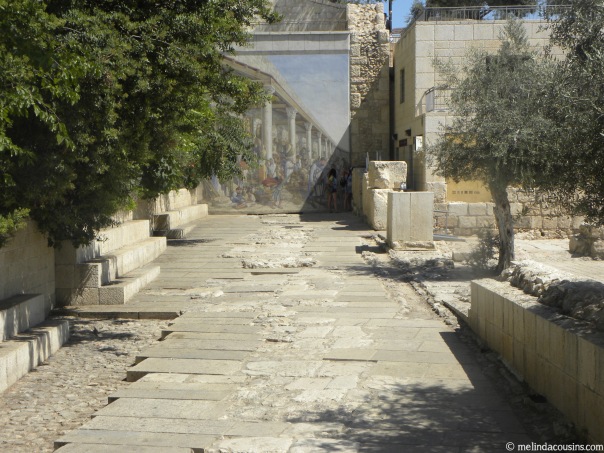 I love the layers. The remnants of ruined houses from the Roman era frozen in time beneath the pavement.

Walking through the tunnel built by Hezekiah that lies beneath the foundations of the city itself.

The archaeological excavations of sites where Jesus visited and spoke.

The jumble of streets with steps and twists and corners and hidden delights.

Walking on the rooftops with their paradoxical mix of satellite dishes and ancient stones.

I love the walls. Walking atop the city wall, circumnavigating the city just as David, Nehemiah and so many others have done before.

The ancient Israelite wall unearthed below the current street.

The Western Wall. The remnants of the glorious Temple of Herod, a place for prayer and contemplation every day …

… and for an amazing celebration to welcome in the Sabbath evening. 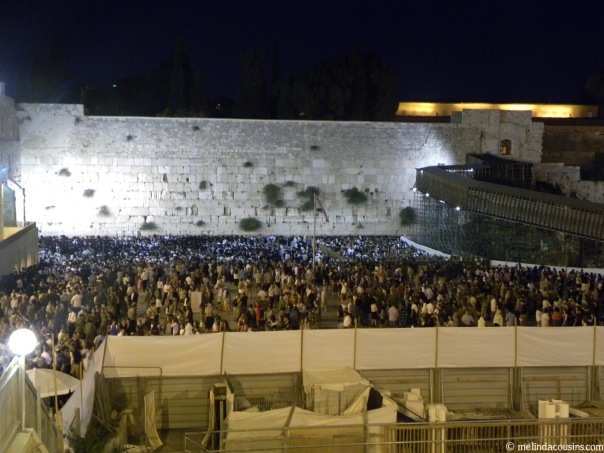 I love the markets. The hustle and bustle of shopkeepers selling artefacts and trinkets and the foods of a number of different cultures.

And getting up early enough to walk through the streets before the shops open and the tourists descend. 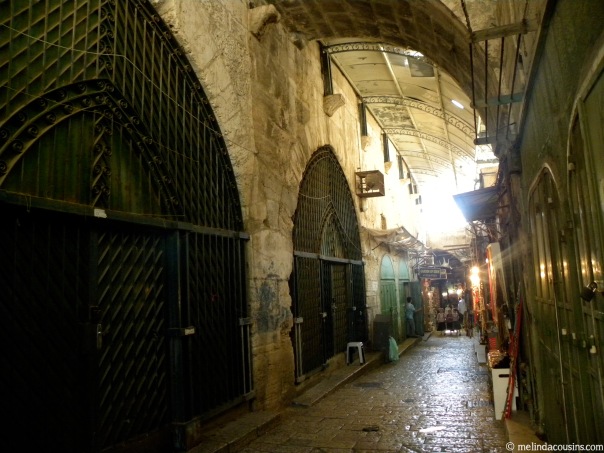 Muslims gathered to study in the grounds of the Dome of the Rock.

Christian pilgrims walking the Via Dolorosa, following the footsteps of the crucified Lord Jesus.

What have I learned from walking the Old City streets?

There is an incredible richness of tradition and history and faith in this city. A sacred place for the three of the world’s major religions, it has been a place of incredible prayer and devotion. 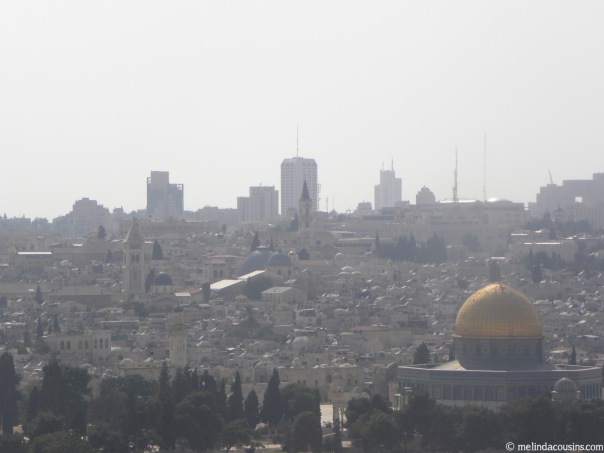 Of course it has also been a place of terrible conflict and strife. As an outsider, the complex combination of historical experiences and current politics makes it hard to see how this can ever truly be a city of peace.

And yet … in the Old City itself, people of different cultures, languages and faiths work and live side by side. Ordinary people seeking to live their lives, even as the currents of world politics and religion swirl around them. They remind me once again of the common humanity we all share.

While as a Christian I believe that the story of Jerusalem (along with all other stories) ultimately finds its fulfilment in Jesus, I acknowledge that I can learn so much from people of other faiths and practices. I remember my own “good Samaritan story” – when I twisted my ankle quite badly one Friday morning on the uneven steps outside the Church of the Holy Sepulchre. The Christian pilgrims swarmed past me oblivious, the Israeli police paid me no heed, and the first Muslim shopkeeper I asked for assistance was afraid of compromising his faith by touching me on his holy day. Another Muslim stall-holder came to my aid, providing me with a cane and helping me hobble up the street to where I was staying. He told me why the first man had been reluctant to help, but that he believed helping someone in need was more important than following religious rules. I shared with him that Jesus told a beautiful story that very much said the same thing.

Psalm 122 calls its readers to pray for the peace of Jerusalem. Is that because this city more so than any other needs peace? Perhaps. But it is also because this city was for the psalmist the place where the living God had revealed His very presence. The prayer was that His true shalom might be known as it radiated out from Himself and His people. In Jesus, God has revealed Himself once and for all to all people everywhere. No longer do we need to go to Jerusalem to meet with God. But I still pray that this place, so dear to the heart of His people throughout the ages, would continue to be a place where the hope of peace and wholeness that He brings may be experienced more and more.