It’s time for another Monday travel post from me, talking about somewhere in the world I have visited and why I would like to be back there today. One of my goals in travelling has been to challenge the way I see the world and its people, to remind myself that the way I live is not the way everyone lives, and to consider what it means to be a global citizen, and in particular, one of the wealthiest 1% of global citizens.

And so one of my goals in sharing these travel posts is to challenge those who read them likewise. To challenge your perceptions of people and places around the world, and to challenge you in how you respond to your place amongst them.

Today, I’m thinking about a rural village I visited in Malawi. I’m not going to name it, and I’m trying to be very careful about which photos I share, because I am conscious of how easy it is for someone like me with access to this kind of platform to unthinkingly exploit those who do not have the same voice or opportunity I have to share their own stories. I want to be very careful because I know that I do not fully understand their stories, and I do not want to do them an injustice by misrepresenting them. I certainly don’t want you to feel sorry for them. But I do want to remind myself, and hopefully you, that there is much for us to learn from their stories, and to be challenged by, once we realise the privilege and power we don’t even recognise we have compared to them.

What did I love about this village in Malawi?

The hospitality and welcome of the people to an outsider like me.

Their willingness to share so freely what they have, not realising that their generosity with the relatively little they have puts me to shame when I think about all I have and yet how tightly I can hold onto it.

The food (or some of it)! Although I find nsima (maize porridge) itself a bit stodgy and tasteless, I am amazed at the flavour that can be brought to the relishes eaten with it with a few simple ingredients. My favourite was futali, a sweet potato and peanut dish that tastes so much better than I could have imagined combining those two things could. 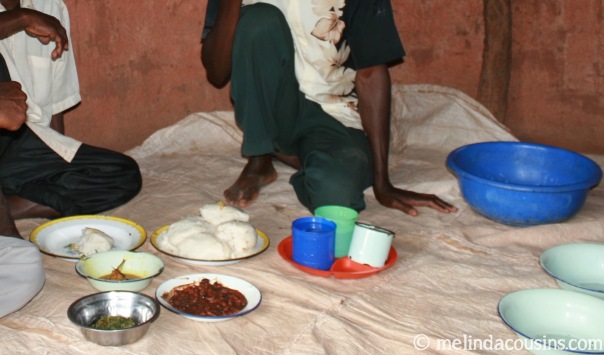 What did I learn from this village in Malawi?

The significant reminder that the way I live is not how most of the world lives. The stark reality of the fact that my life is privileged in a way that most people will never comprehend. 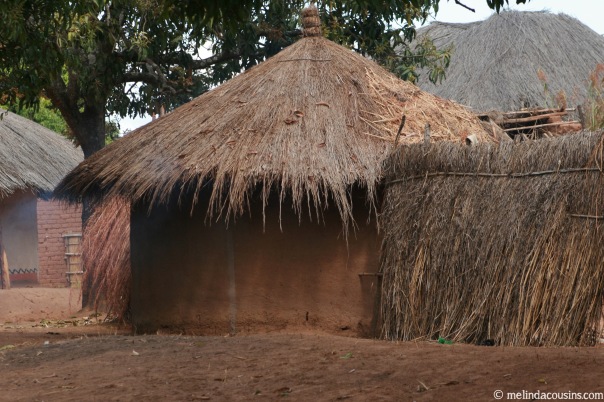 The everyday realities of living in a place where the average income is around $2 a day and more than 1 in 10 adults are HIV positive.

The huge difference a small investment of foreign aid can make, and the exponential difference people willing to live in this place and walk day by day with the community can make.

And most of all, that too many of the maxims my society seems to unthinkingly live by are actually lies. Having more does not make you happier. Waiting until you feel you have all you need to give does not make you more generous. Having a beautifully presented home does not make you more hospitable. Wealth is not the deserved reward for hard work.  And saying “charity begins at home” does not absolve us from responsibility to care about people in other places, but rather calls us to extend the love and mercy we have learned in caring for our families to those most in need, however far away they may be.

As my government prepares to hand down its budget this week, with predicted cuts coming out of our already depleted foreign aid giving, this challenges me greatly today.

It was announced this week that Poverty Reduction has been officially removed from the goals of Australia’s foreign aid. Many people have asked, quite fairly I think, if reducing poerty is not the goal of foreign aid, then what is? There are some possibly good answers to that question, but my fear is that the real answer is either self-interest, economics or politics (which may or may not all be one and the same).

Now perhaps it is naive and idealistic of me to think that it has ever been any way but thus. After last year’s election, the new federal government changed the status of AUSAid from a separate agency to part of the Department of Foreign Affairs and Trade, which seems a fairly clear indication that our aid goals are subservient to our political or diplomatic ones. It has recently emerged that our previous government gave specific amounts of aid to certain countries as “incentives” for votes to secure us a UN Security Council seat, which also makes a fairly blatant statement about our priorities.

It seems to me that the government knows that most people won’t care and will just accept that this is of course the ways things work. That a government’s role is always political before it is humanitarian. However, I find the priorities this reflects, and the assumptions it makes about what our community wants, quite frightening.

This week I also listened to a radio interview with the Premier and Opposition Leader in the leadup to our state election. They were asked about their plan for the state, and both gave answers solely about the economy. Now, I don’t want to deny that economics is important, but the assumption that economy = state is similarly one that I find problematic.

Surely there is more to what it means to be a community than how much revenue we can generate. Surely life is not valued in dollar terms alone. Surely we look for more in a government than simply who can make us have the most money in our pocket, like for starters, perhaps, oh I don’t know, … maybe who can govern well?!

Both these examples seem to be symptoms of a wider issue, where political decisions are being made on the twin assumptions that money is the only indicator of success, and that self-interest is the only motivation for people to act.

As a follower of Jesus, I do not share those assumptions and priorities. I follow the life and teachings of a Man who says, “Love your enemies, do good, lend, expecting nothing in return“(Luke 6:37-38) and “It is more blessed to give than to receive.” (Acts 20:35)

But I’d also challenge those in my community who do not share my Christian faith to consider whether those assumptions really reflect the kind of nation they want us to be. When we strip away the details and debates and niceties, is that really a bottom line we are comfortable standing for?

I am reminded again of a question asked by my favourite fictional politician, one which caused him to reflect on his assumptions and actions. The context is a conversation with one of his staffers about foreign aid, and aid in particular to the fictional nation of Equatorial Kundu.

President Bartlet: Why is a Kundunese life worth less to me than an American life?

The West Wing, Episode 4 x 15, Inuguration: Over There

I worry that in Australia today not only does it seem we are unwilling to consider the answers to those kind of questions, but that apparently it doesn’t even occur to us to think of asking them.

Follow Thinking Out Loud … on WordPress.com
Join 585 other followers