It’s been a few weeks since I did a Monday travel post. I have often reflected on well-known and well-loved places I have visited around the world. But today I’m thinking I’d love to be spending the day in a place most of you might never have heard of. It’s probably never going to make it on to any list of the world’s top 10 cities to visit. But as well as being what I think would just be a lovely town to live in, it also happens to be where one of my oldest friends lives, which bumps it up pretty high on my list of places to re-visit.

What do I love about Fredericton?

Fredericton is the capital of New Brunswick, Canada’s only bilingual province. It has a population around the 60,000 mark, so a similar size to Wagga Wagga. A university town, located on the picturesque Saint John River, it’s a pretty place all year round, but particularly so to this Aussie during winter when it is transformed into the kind of magical snow-covered place we don’t ever get to see around here.

Fredericton is the first place I ever put on skis (cross country) and got to experience the unique combination of exhilaration and serenity found in gliding across pristine white powder in the crisp pinecone scented air – all while still in the middle of town.

It’s also the only place where I have ever “walked on water” as the river was frozen solid for the winter.

The town itself has some lovely restaurants, cool cafes, quirky bookshops, and a thriving community market, as well as being known for its annual Jazz and Blues festival.

Most of all, I love visiting Fredericton because there I get to see my closest friend from high school. I hope you too have stayed in touch with a friend from your childhood, because there is something uniquely special about it. Whether it’s the fact that we know each other’s embarrassing and awkward growing up stories, or that we shared some of those rebellions of our teenage years, or the fact that we were there for each other when we were only ourselves beginning to figure out who we were, it’s a bond for life. I love that no matter how different the paths our lives have taken us in are, or how long we go without catching up, or how far apart we live (google tells me it’s 17,556km from Adelaide to Fredericton!) we can always sit down and chat for hours about anything and everything. 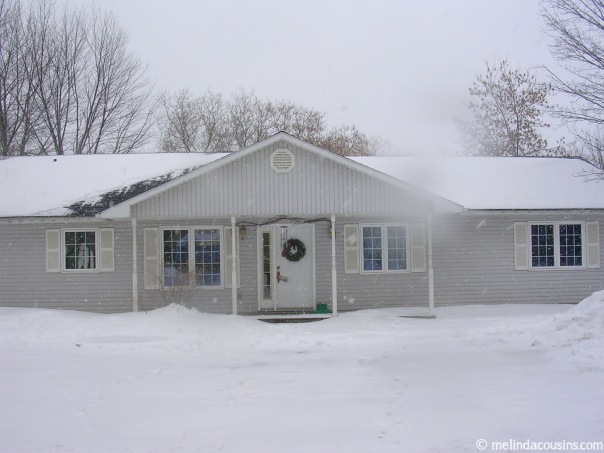 What have I learned from Fredericton?

From the town itself I have learned that I really had no idea what winter was before I went to eastern Canada! And that sometimes the coolest places to visit don’t have the brightest lights and biggest signs, but have all the things that make a great place to live every day.

From a friendship that has now passed its twenty-fifth year, I have learned to treasure the memories of who we once were, to delight in whatever moments we get to share as we currently are, and to listen to the promptings of long shared dreams of who we might yet become. It is my Fredericton friend whose questions of me as a young teenager challenged me to own one of the biggest decisions of my life and publicly commit to following Jesus; and it was another question from the same friend two decades later that started me thinking about giving up a job I loved – and was very comfortable in! – to embark upon my current study adventure which may yet lead me to even more unexpected places. Thank you, my Fredericton friend! And may all of us know the joy of visiting the lesser-known places where we re-connect with those who know us the best.