Petra makes it on to plenty of lists of places you ‘must see before you die’ and ‘wonders of the world.’ It has appeared in numerous movies and books. It certainly is a beautiful and impressive place. It is somewhere I could easily revisit as I’m sure there is much more to explore. It is an impressive looking place! But as I reflect on it today, I’m also realising that the time I’ve spent there hasn’t really left me with much of a lasting impression of what it means or who it represents. 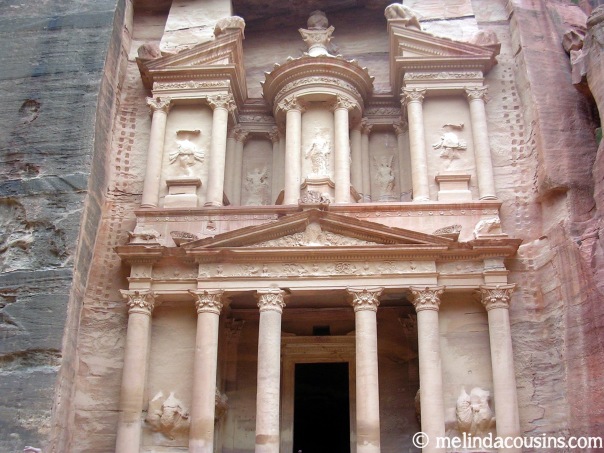 What did I love about Petra?

Petra was unknown to the western world until the early 1800s and its not hard to see why. Looking out over the rugged landscape, it is difficult for those of us unused to this kind of region to imagine such a city is to be found hidden in there. 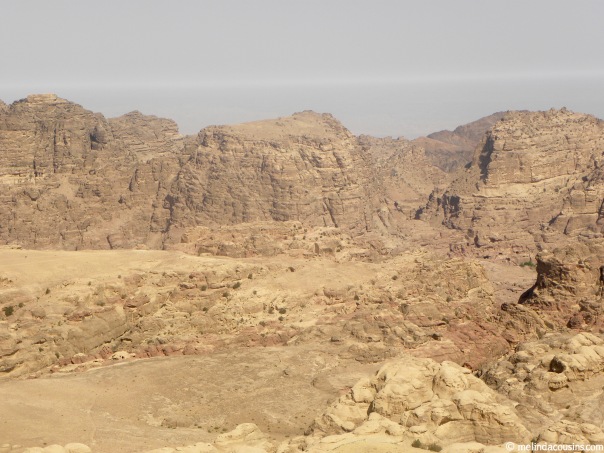 Petra is sometimes called “The Rose City” due to the colour of the rocks. They are absolutely stunning, whether from far away or close up. 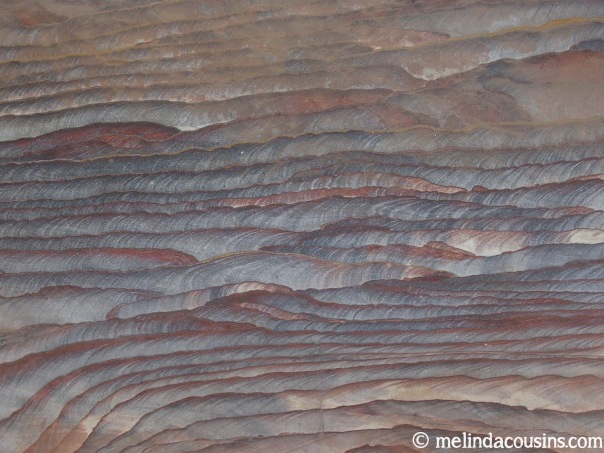 The entrance to the site is through a 1.2km long siq, or narrow gorge. Along it runs the remains of an ancient aqueduct, as well as some carvings such as this worn image of a camel caravan. 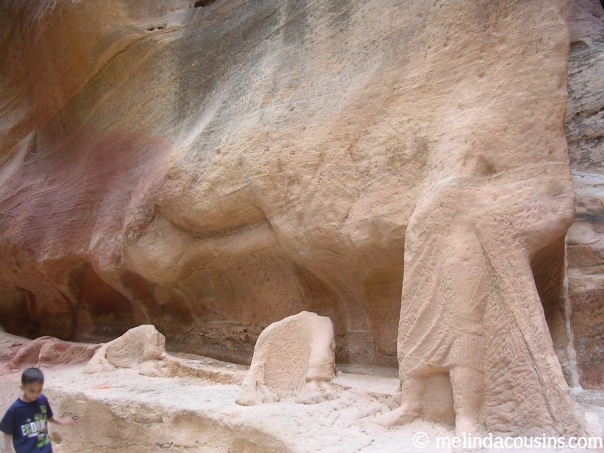 There is a moment all travellers experience of seeing the impressive Treasury building suddenly come in to view through the narrow chasm of the siq that has a “wow” factor like few other places in the world. 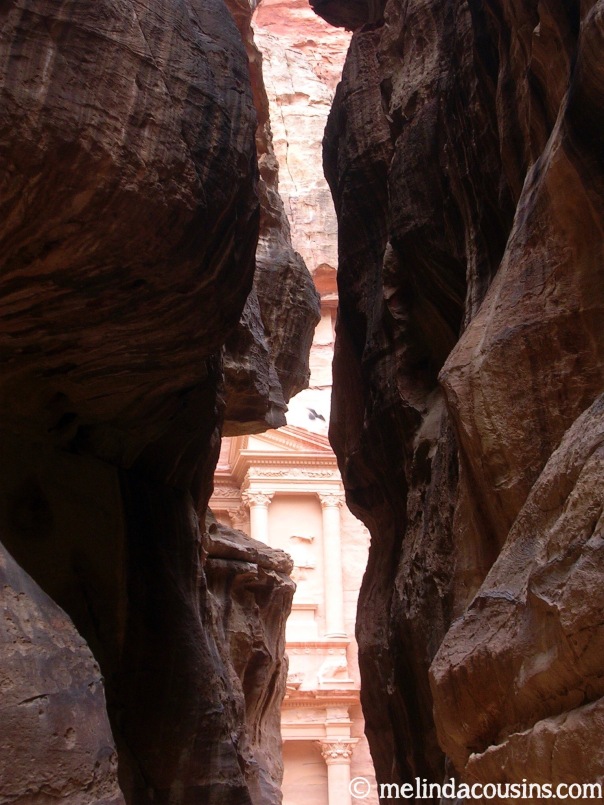 The treasury building (Al-Khazneh) is Petra’s most recognisable image and standing in front of it certainly provokes awe. Interestingly, however, it is basically a façade. There is nothing inside but an empty, uncarved room. My understanding is that rather than a storehouse for treasure as the name suggests, it was a mausoleum, a place to honour the dead. 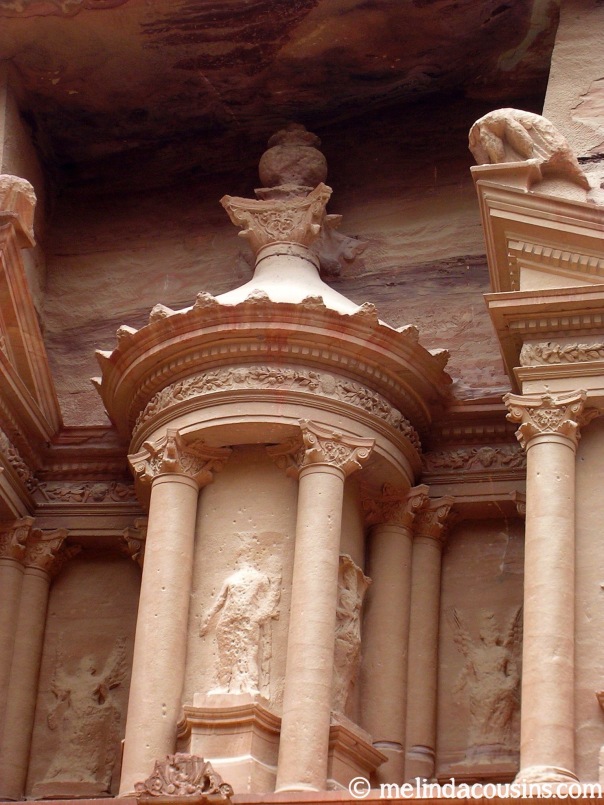 The theatre in Petra is at first glance similar to many Roman theatres I’ve seen elsewhere … until you realise that while they were built using rocks, this was carved out of the existing rocks. I love the idea that like Michelangelo who could see a stunning statue of David in a lump on rock, the Nabateans who built this place could imagine and then create this from the natural material already there. 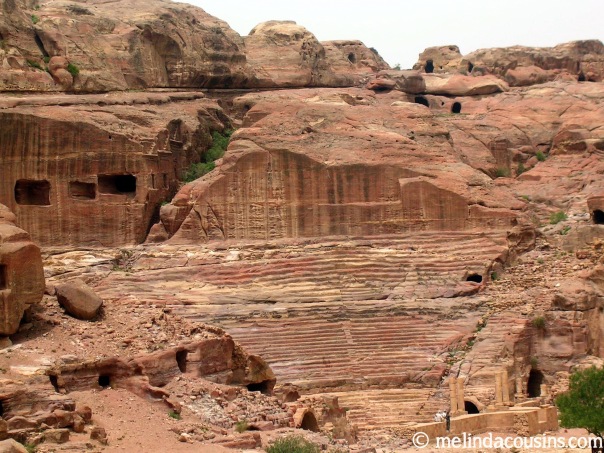 What did I learn from Petra?

Each time I have been to Petra I have seen new things – both because I have walked into new corners of the site, and because new parts of the site have been uncovered by archaeologists. 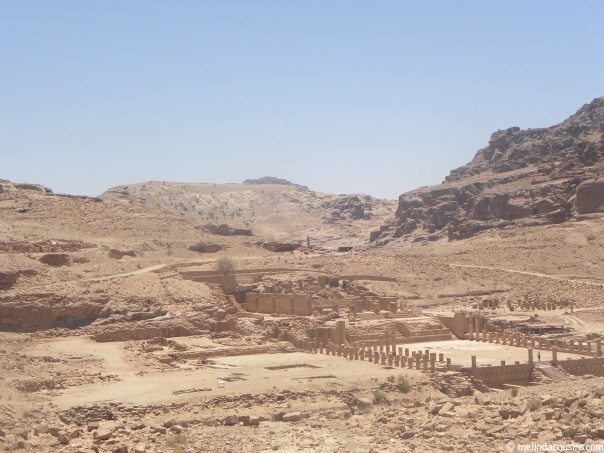 Amongst the guides I’ve had, there is some debate about whether some of the rock hewn dwellings were houses or tombs, places for the living or for the dead. Either way, the time and skill displayed by these people (without modern tools!) is impressive. 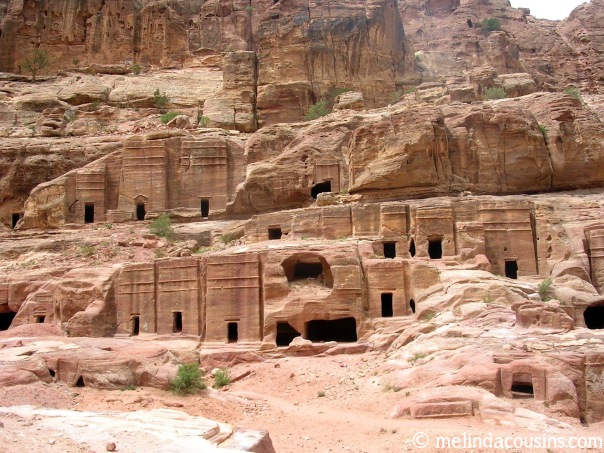 Petra was home to the Nabateans and it remains their primary legacy. Unlike the Romans, whose structures and artefacts are found all over the place, it is really the only thing they are remembered for. For me, however, it seems a somewhat confusing legacy – raising more questions than answers about who they were and what they valued and why they did what they did. 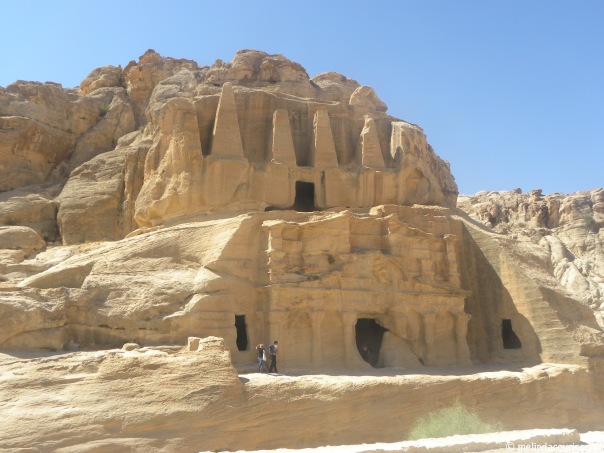 So like many ancient sites, Petra reminds me that what we leave behind in this world, impressive as it may be, can never capture the complexity of who we are and how we live. That is found only in our relationships and our impact on other people, which cannot be seen in our structures or possessions or bank accounts … 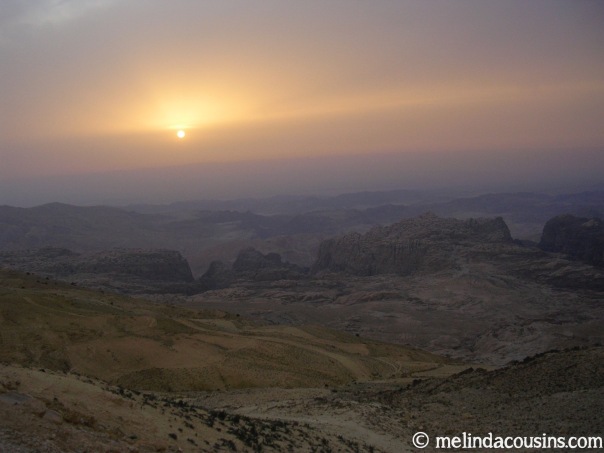 As the sun sets over Petra above, as the sun sets at the end of each day, its worth asking the question of how we are investing ourselves in the things that will truly last. Am I working on things that merely look impressive or investing in that which has greater substance and ongoing influence? Because one day the sun will set on my life, and I’m not sure I’d want people to look at what is left behind and think “Looks great, but what does it mean?”