Just a quick post today. I’ve been thinking a lot lately about the debate in my country about asylum seekers and refugees, the way our government has chosen to respond to them, and the options available to people who disagree to speak truth and advocate justice. I hope to post more about that in the future. For now, I’m turning my travel reflections this week to the place from which many of those asylum seekers board the boats that ultimately lead them to our detention centres, one of Australia’s closest neighbours, and a country I think we often misunderstand, Indonesia.

I haven’t done the standard Aussie tourist trip to Bali, but alongside some off-the-beaten-track places, I have spent a little bit of time in Indonesia’s capital, and I can definitely say like nearly everywhere else I’ve visited, Jakarta is a place I both enjoyed and learned from.

What did I love about Jakarta?

Like any capital city, the public buildings tell some of the story of the nation’s history and politics.

And the view from the top gives you just a tiny glimpse into what a city of 28 million people looks like. 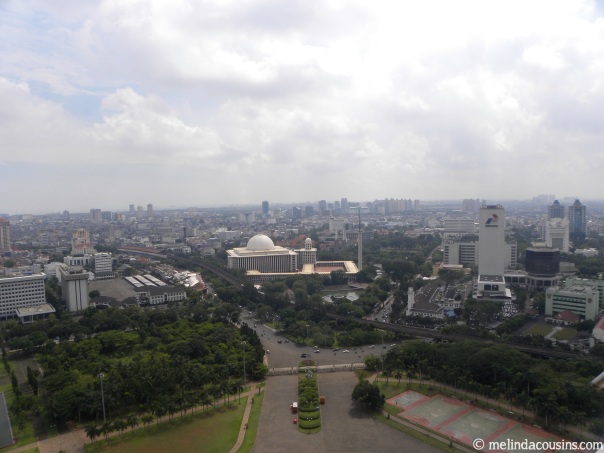 The President’s Palace is somewhat reminiscent of the White House.

While the Supreme Court building would be at home in many places around the world.

Above all, I loved the food. Fresh, fast, cheap, spicy, diverse, delicious. 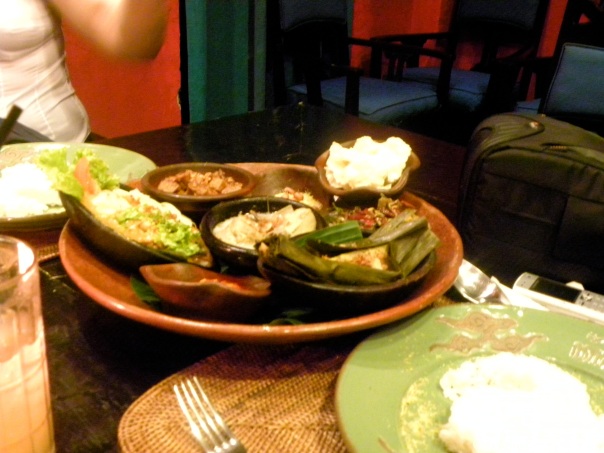 What did I learn from Jakarta?

Like many places, Jakarta is a city of contrasts, with areas of great poverty in the midst of the high-rise city towers. I was reminded of the challenge all countries face to provide justice and equity, and in particular to remember the least among us.

I appreciated visiting the huge mosque, which can accommodate 120,000 men praying simultaneously, and learning more of the influence religious affiliation has on life in Indonesia. I did get myself in a little trouble when I went to follow my (male) friend in signing the guest book, only to be given a sharp rebuke – not for you!

But mostly I learned from the people. They were so friendly and welcoming, with such a positive attitude towards me as an Australian (although this was prior to the diplomatic tensions of the last couple of years). I was often “mobbed” on the street by groups of young women wanting to practice their English. 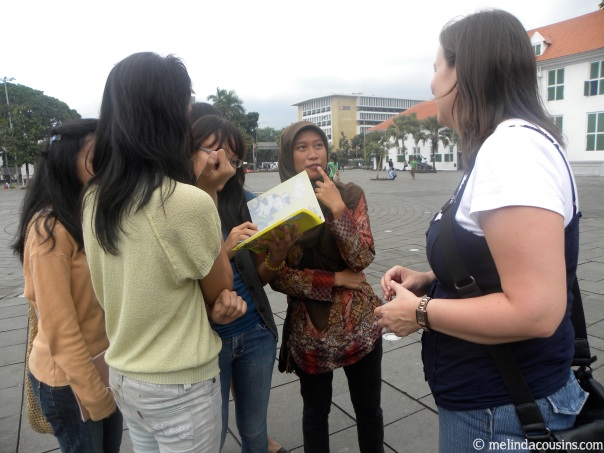 I’ve said it before, and the more I travel the world, the more I am sure I will say it again. People are people everywhere. We like to think that it is so difficult to understand one another, and certainly on the level of politics and culture it can be. But when we take time to have a conversation and share something of our lives with another person, I am always amazed anew at how what divides us is superficial, and what unites us – our hopes, dreams, loves, laughters – is so much deeper. We are need to be challenged to take time to learn from those who seem different to us, and to learn how much we truly share.